Rabies is a viral disease, that affects the brain and central nervous system, and can be spread to mammals (including people and animals- both wild and domestic) through contact with saliva or nerve tissues from an infected animal.

The most common way rabies virus is transmitted is through a bite or scratch from a rabid animal. Rabies can also be spread when infected saliva or nerve tissue comes in contact with an open wound or is introduced into a mucous membrane like the eyes, nose or mouth.

In most cases, once symptoms appear, rabies virus is almost always fatal. Symptoms of a rabid animal may include:

The main animals that transmit rabies in Ontario include: bats, skunks, raccoons and foxes.

For more information about rabies in Ontario please visit our Rabies Resources webpage.

Since then an outbreak of the disease has occurred affecting mostly raccoons and skunks but has also involved other species including fox, dog, cat and llama. The raccoon strain outbreak has also spread to other areas in Ontario including Brantford, Halton, Haldimand-Norfolk, Niagara and Waterloo. Currently over 510 positive cases have been seen in Ontario since the outbreak began. For more information on the developing rabies outbreak in Ontario click here.

Around the same time in December 2015 arctic fox strain rabies was also detected in a cow in the Perth ON area. A small pocket then developed in Ontario in the Perth, Huron and Waterloo and Wellington- Dufferin Guelph areas with 21 positive cases detected which have involved other species including skunk and fox. No cases of fox strain rabies were detected from 2019 to 2021.

What is being done in Ontario to Control Rabies?

The MOH works with public health when a person has potentially been exposed to a rabid animal. Cases of potential exposure are investigated by local public health staff who determine the requirements for animal rabies testing and quarantine as well as post exposure vaccinations for people. Need to find the phone number for your local Public Health Unit? Click here for a listing of Public Health Unit contacts.

The OMAFRA works with cases where animals have been potentially exposed to rabid animals. Working with veterinarians, cases of potential exposure are investigated and a determination is made regarding the requirements for rabies testing, precautionary confinement and post exposure vaccinations for animals.

The OMNRF works with Ontario’s wildlife population providing rabies surveillance testing and wildlife rabies vaccine bait distribution in areas where rabies has been known to occur.

What should you do if you or your animal has potentially been exposed to Rabies?

If you or your animal may have been exposed to rabies through a bite, scratch or saliva exposure to a open wound or mucous membranes you should reach out to the proper Ontario Ministry or your Veterinarian. A risk assessment can be completed to determine the required actions (e.g. quarantine or confinement period, testing, post exposure vaccine for you or your animal). 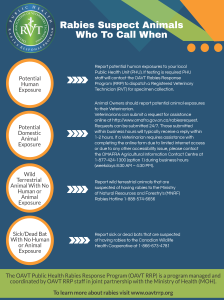 How should an animal be euthanized that requires rabies testing?

Not all animals require rabies testing. Those that can’t undergo a confinement or quarantine period, due to it being inhumane to do so, may require humane euthanasia. This should only be conducted by a licensed professional. Drowning animals, freezing bats etc. are not humane methods of euthanasia and can be subject to legal penalties. To access humane euthanasia in your area please see our  humane euthanasia contacts infographic below. Rabies can be prevented with vaccination

In cases of human exposure, if a vaccine is given before symptoms appear, the disease can be prevented from progressing.

In animals, routine preventative vaccinations for rabies can keep both your pet, family and community safe from rabies by providing immunity to the disease.

In Ontario, under the Health Protection and Promotion Act, Regulation 567, animal owners have a legal obligation to maintain rabies vaccinations for their animals.  Dogs, cats and ferrets that are 12 weeks of age or older must be vaccinated. Livestock such as horse, cow, bull, steer, calf, sheep or other livestock are required to be vaccinated unless they only have contact with the people who have care and control of them. Vaccine boosters every one or three years (depending on manufacturers guidelines) are required to maintain immunity levels.

What is World Rabies Day?

World Rabies Day is recognized every year on September 28th as a global day of action for rabies awareness and prevention and was created by the Global Alliance for Rabies Control (GARC). It is the anniversary of the death of Louis Pasteur, who developed the first rabies vaccine and laid the foundations of rabies prevention.

Each year hundreds of thousands of people organize or participate in events to celebrate rabies prevention efforts and unite against rabies. Whether you’re a veterinarian, a medical professional, a teacher, or even someone who just cares about your community, it is a chance to organize or take part in an event that raises awareness about rabies and its prevention. It is the first and only global advocacy, education, and awareness campaign for rabies. It has the support of all international health organizations and major stakeholders including the WHO, OIE, FAO and CDC.

To find a listing of rabies vaccine clinics in Ontario please click here. 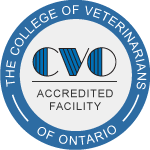 Who To Call When?

Learn who is responsible for rabies testing in Ontario.

Rabies isn’t the only thing to worry about!

Although rabies vaccination is an important part of your animal’s health care, disease prevention and treatment does not stop at rabies. It is important to build a relationship with a Veterinarian and their veterinary healthcare team to ensure all of your pets medical needs are taken care of. This may include: health examinations, preventive vaccinations and treatments against other diseases that are integral to the well being of your pet. Building this relationship will enhance the quality of life your pet receives. For more information on how to keep your pet healthy click here. 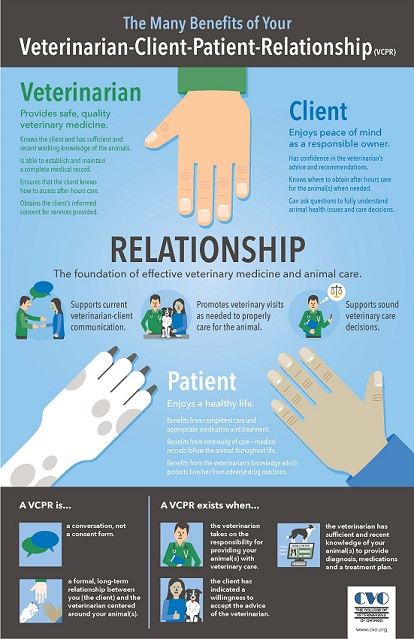 What is the OAVT RRP?

The Ontario Association of Veterinary Technicians Public Health Rabies Response Program (OAVT RRP) is a program managed and coordinated by OAVT RRP staff in joint partnership with the Ministry of Health (MOH). The OAVT RRP provides the service of animal rabies specimen collection and shipping to laboratories for rabies testing. This much-needed rabies surveillance program utilizes the skills of Registered Veterinary Technicians (RVTs) in the process of specimen collection and shipping throughout the Public Health Unit (PHU) regions across the Province of Ontario. Animal specimens tested include wildlife, livestock, companion animals and zoo animals.

How do I become an RVT

Whether you are an Ontario student or internationally trained graduate, learn about the five steps it takes to become a Registered Veterinary Technician.

The official Registry of Ontario’s Registered Veterinary Technicians. All RVTs in good standing can be found in this searchable Registry.

Voting for the OAVT 2023 Board of Directors Election opens tomorrow! The election opens February 1st and voting closes on February 15th at 5pm. RVT and RVTr members, don't forget to check your inbox for an email invitation to vote tomorrow from noreply@electionrunner.com https://t.co/4HNX4VLGBa